Father’s Day allows us to take stock of the important role fathers and father figures play in the lives of children. Over the years, a growing body of research has consistently demonstrated the value of positive involvement by fathers (biological or otherwise) in their children’s lives. Of course, this is not to suggest that children raised by two moms or a mom who has chosen to raise her child on her own cannot have equally fulfilling lives. But, for children who have a father in their lives, studies have found that the children have better socio-emotional and academic functioning if they have healthy contact with their fathers.

But, what happens when positive male figures are stripped from their families through acts of violence? Permanent father absence as a result of interpersonal or community violence has broad and far-reaching implications that we as a society should not ignore. In my native Baltimore, the story of Kendall Fenwick immediately comes to mind this Father’s Day.

Mr. Fenwick was a young father raising his children as a single parent, who by all accounts was a devoted dad and a positive member of his community. But on Monday, November 9, 2015, Mr. Fenwick’s life was cut short when a local drug dealer murdered him on his front lawn, with his young children just inside the home and within hearing distance of the gunshot that ended their father’s life. That gunshot extinguished the unique relationship that Mr. Fenwick had built with his children, and took away their caregiver. Mr. Fenwick was only 24 years old, and his children were only ages four, two, and seven months.

The harm associated with such tragedies usually transcends beyond the initial incident, and can impact loved ones (especially children) in a variety of ways based on the trauma experienced. An unexpected death such as Mr. Fenwick’s, and its intentional nature at the hands of another community member, compound the trauma that the victim’s children, family, and community may experience. It can also leave remaining family members who are fragile vulnerable to future victimization themselves, perpetuating a cycle of violence.

However, I can also relate to the various pitfalls that African American fathers in urban centers such as Baltimore must constantly navigate in order to see tomorrow. Unfortunately, the cold reality is that communities of color are disproportionately affected by gun violence. Recent Center on Disease Control and Prevention data shows that homicide is the leading cause of death for African American males ages 15-34. And the impacts of gun violence go beyond the victims—another study found that four in 10 African Americans reported being affected by gun violence. Many African Americans feel that the United States doesn’t care about the gun violence that plagues communities of color. These statistics reflect a cycle of violence, which creates a sense of inevitability and apathy. This perpetuates the dysfunction that ends in the death of productive black men and fathers.

I take great pride in supporting my son and daughter in their growth and maturation process and work to steer them in the right direction and away from things that can be harmful. When confronted with stories like Mr. Fenwick’s, however, I am forced to imagine how my children’s life would change if I was not able to be there for them as a result of unexpected violence. This compels me to want to address the problem of community violence that smothers the aspirations of individuals and families who suffer from victimization—in the forms of gun violence, domestic violence and sexual assault, child abuse and neglect—yet want better for their community and themselves. We must start with recognizing the root causes of violence, such as poverty and lack of mental health services, that fuel violence in disenfranchised communities of color, and ask ourselves what each of us can do to address them.

Initiatives such as Healing Works, a national learning collaborative and website for people working with young men of color harmed by violence and trauma, can help to inform, educate, and empower communities. We must also equip members of our communities with the tools necessary to de-escalate conflicts without using violence as a means to achieve this goal—particularly black males who may believe violence is the answer when disrespect is perceived or to preempt any harm they feel may be directed at them first.

It is also imperative that victims, particularly victims who are family members of those who have been killed, receive the support that they need in their journey to healing. The presence of a loving and supportive adult can serve as a protective factor for children; if violently stripped away, it can make them vulnerable to unhealthy relations and future abuse, such as domestic violence. In Baltimore, Roberta’s House, a family grief and support center, is a unique program committed to providing a safe space for supporting children and their loved ones who have been affected by the death of a loved one as a result of homicide, often black men. We need more of these programs.

As Father’s Day approaches, it’s important that we not forget the fathers we have lost to violence. We must reach out to these families, offer them encouragement, and be a source of hope that can overshadow the pain. We honor the memory of fathers like Mr. Fenwick by working harder for peace and not turning away from problems in our communities, but rather finding the courage to confront those ills. 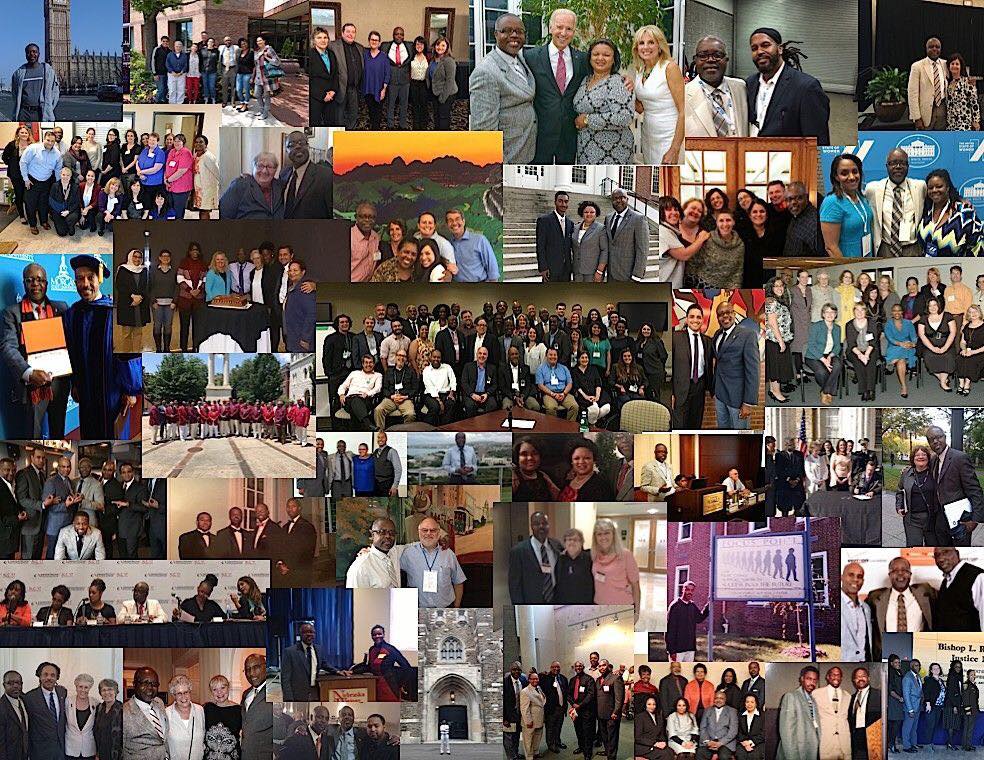